This is a test assignment I’ve done a while ago. The client is a media company producing healthcare and fitness apps. During summer 2018, they were running Facebook campaigns to increase their apps installs worldwide.

Given the 3-month historical data, and approximate financial metrics (ARPU = $4 and ARPPU = $50), I was asked to analyze campaigns’ performance and give some recommendation on which campaigns / ads / countries should be scaled and which should be stopped to increase ROI.

Helicopter view on the campaigns’ performance

Summer marketing activities were successful: for $3.4M we got 1.1M installs which led to $4.5M in revenue, which is a 30% return on investment.

To analyze campaigns’ performance, let’s look at them in two dimensions: efficiency and scalability: 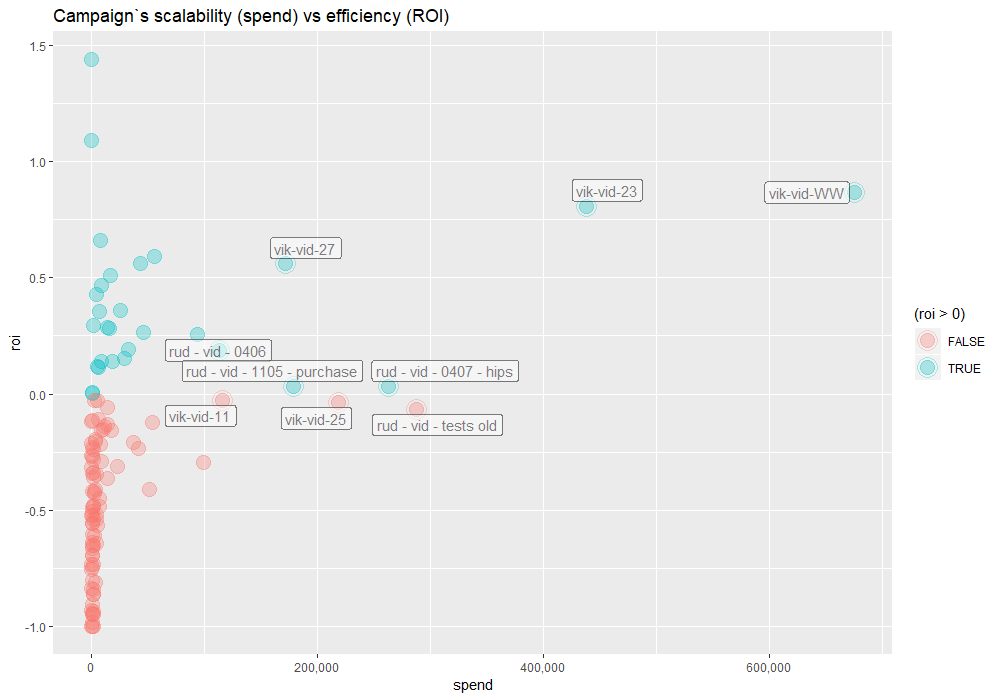 We can see that two campaigns — vik-vid-23 and vik-vid-WW — are clearly standing out: with a total spend of over $1.1M they were able to yield over 80% return on investment.

If we take a look at the vik-vid-WW’ ads performance, we’ll see the same 80-20 pattern: there are 3 best-performing ads (one of them is paused for some reason) generating majority of revenue: 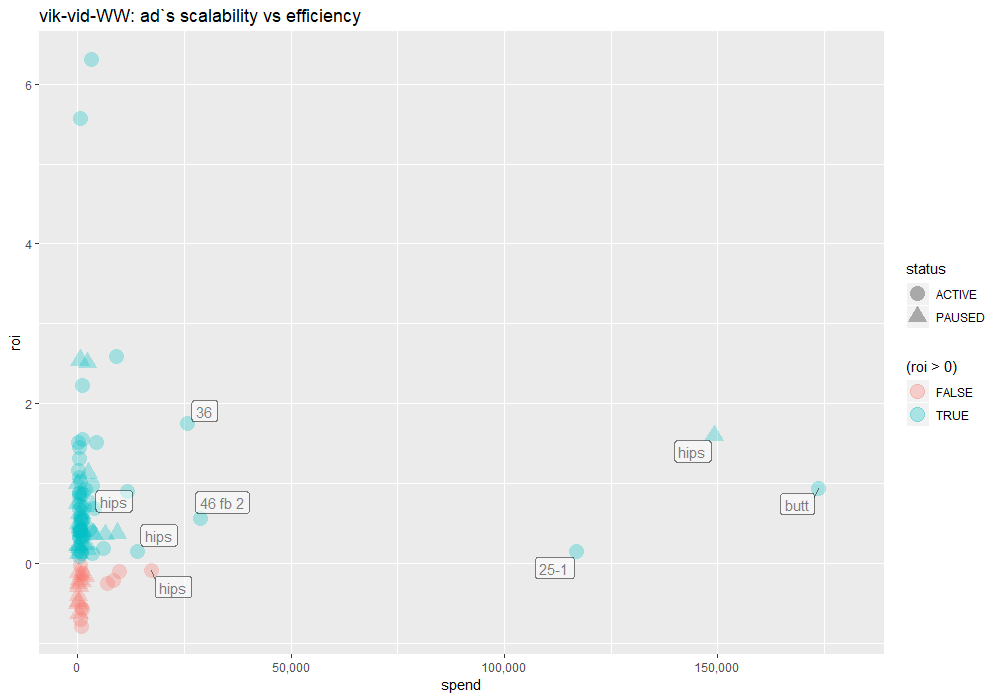 The second category of campaigns are those with total spend between 50K and 300K: 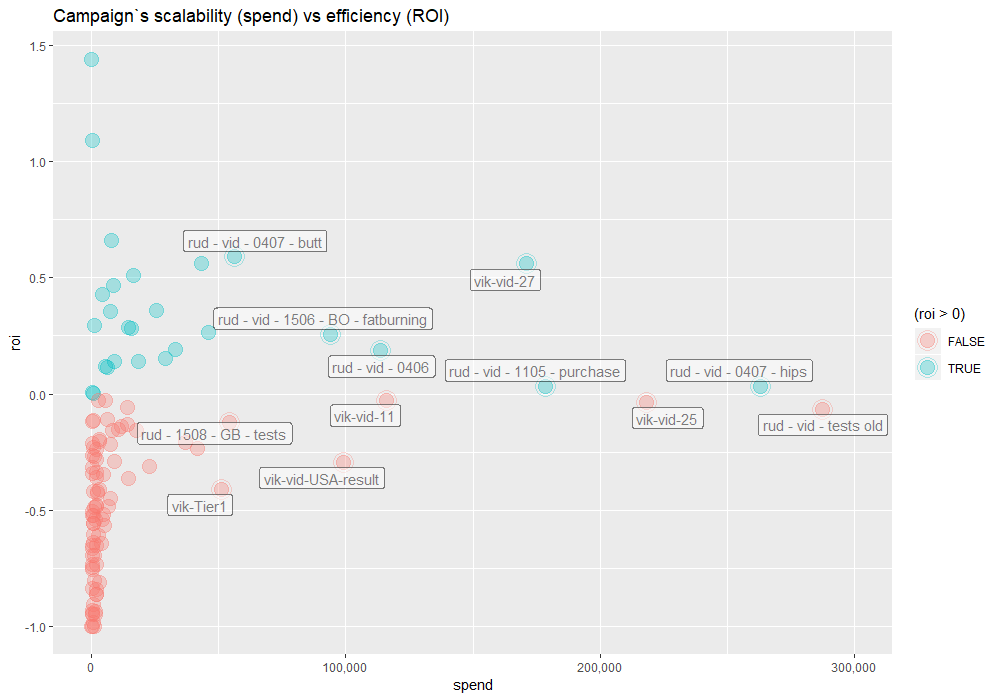 Here we can see a bunch of campaigns that are losing money. For example, rud – vid – tests old (the rightest one), has spent almost 300K with ROI of -6.5%.

Among rud – vid – tests old’s ads, there are two barely profitable ones, and four that constantly losing over 25% of its cost: 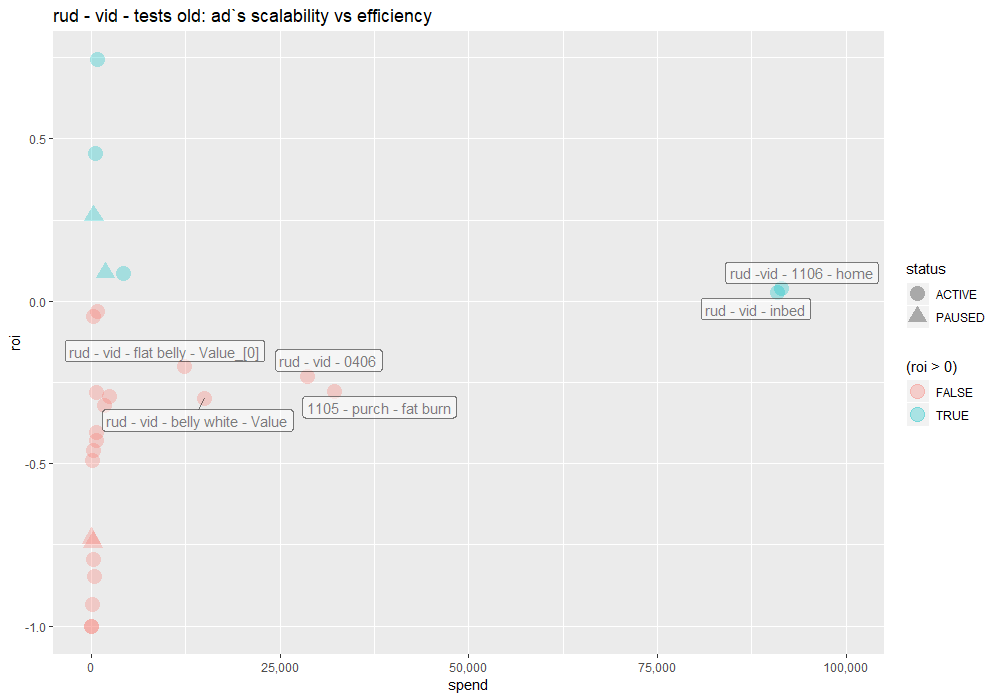 Those ads should be stopped.

Finally, there are smaller campaigns which spend less than $50K: 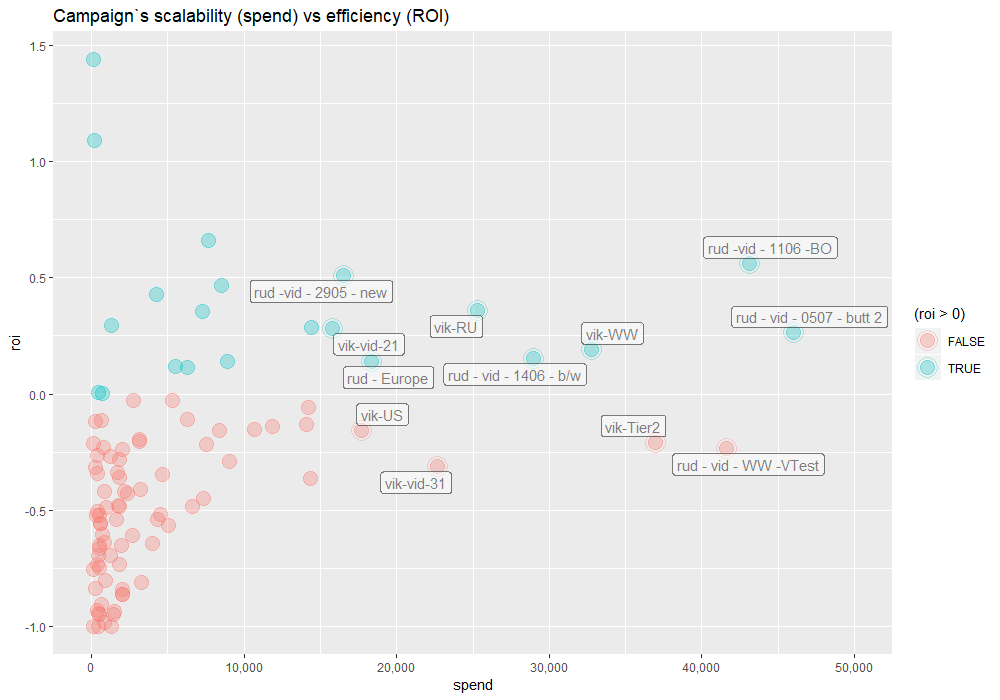 Campaigns with negative ROI should be further investigated.

Another way to look at campaigns’ efficiency is to compare its CPA to ARPPU: 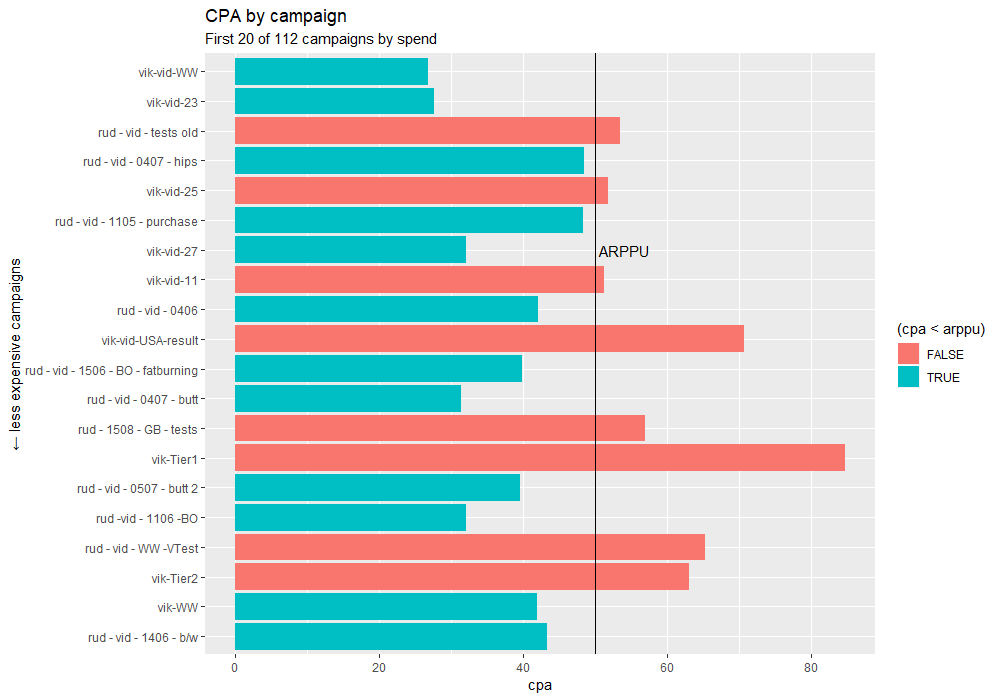 Campaigns with CPA > ARPPU should be further investigated.

Finally, we can take a look at performance by countries: 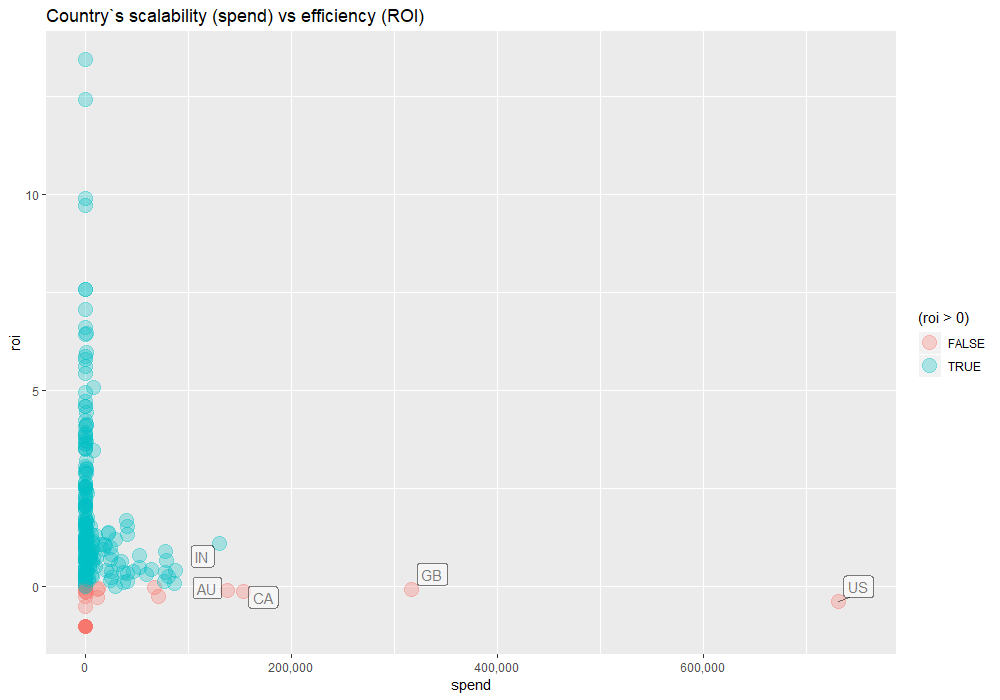 We can see that the top 4 countries by marketing budget — US, GB, CA, and AU — have slightly negative ROI. 88% of the countries are profitable.

It doesn’t mean we should stop advertising to those top 4 countries though.

Different countries have different CPI and ARPU. In the calculation, we consider different CPIs, but imply the same ARPU for all countries (which is not true). 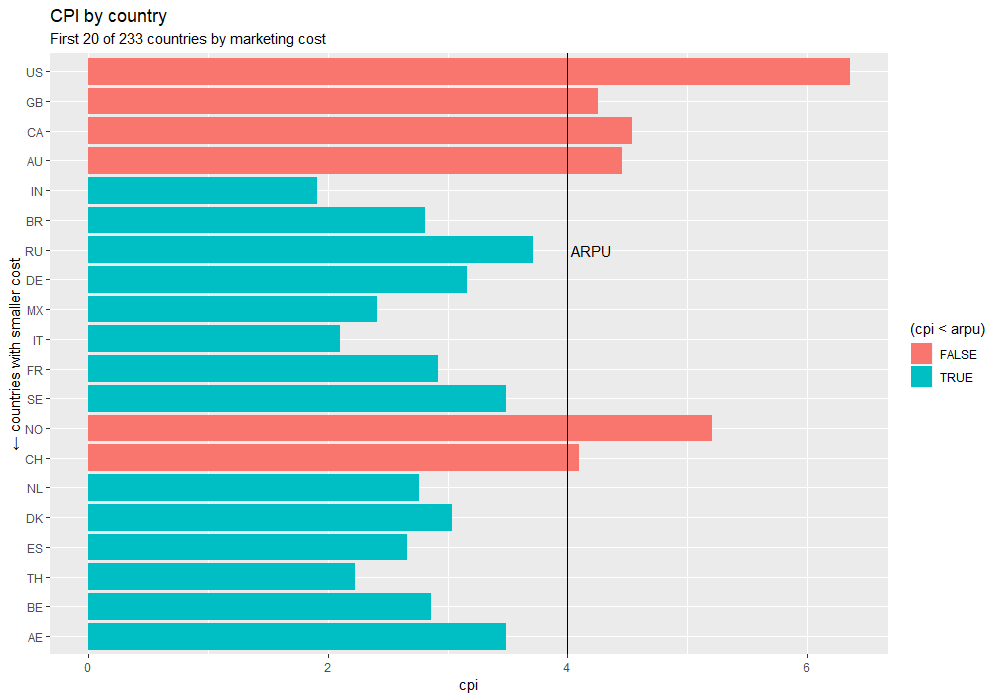